If we see world literature as an invitation to explore, not a list to tick off or a map to survey, then few reads are as enticing and rewarding as this.

When does a book become part of world literature? When it is translated into a “major” language like English or French, many critics would say. Translation is not enough, others chip in, the book has to be published by a “metropolitan” publisher and be endorsed enthusiastically by renowned “gatekeepers”, famous readers and writers who carry name-recognition with western readers and vouch for the book’s quality. So why has Qurratulain Hyder’s wonderful novel Fireflies in the Mist, published in India but also in New York by the prestigious New Directions with a sophisticated and light-touch introduction by writer Aamer Hussein, endorsed by Salman Rushdie in New Yorker, and praised by Amitav Ghosh, the Times Literary Supplement (“one of the world’s major authors”) and The New York Review of Books, so far failed to register as a work of world literature? 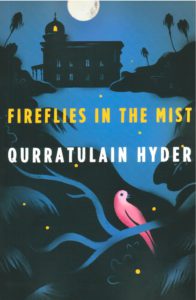 A successful self-translation of a novel that Hyder wrote in Urdu in 1979—a mere eight years after the bloody struggle of Bangladesh independence from Pakistan—the novel takes us back to Dhaka in the years between 1939 and 1947 and a different independence struggle, before looping forward to post-1947 Dhaka and Calcutta, and then further afield to London, Trinidad and back to Dhaka after the Liberation War.

It opens with a mansion named Caledonia, built by a contemporary of W.P. Thackeray’s grandfather, a Scottish merchant dealing in jute and tusks. The Scot sold it in the 1870s to an up-and-coming Bengali Babu from the provinces, who in turn quickly squandered his new-found wealth. In the 1890s Romesh Babu discovers a fine Morocco-bound album with photographs of English men and women consorting with Indian elites in Calcutta and Europe—the gallery of names and places is itself a snapshot of the entangled stories and places of Empire—and takes the album to his neighbour, Nawab Nurul Zaman Chowdhry of Arjumand Manzil, another expansive mansion with its own private theatre. The families of Romesh Babu Sarkar, Nawab Nurul Zaman Chowdhuri, Rev. Paul Mathew Banerjee of Lily Cottage, and Charles Barlow whose family photos also appear in the album—all come together in the 1940s. Deepali Sarkar, Jehan Ara Chowdhury and Rosie Banerjee are college fellows and fast friends and draw us immediately into the intense whirl of their youthful experiences. Unbeknown to their indulgent fathers, Deepali and Rosie are getting more and more involved in revolutionary politics—not the gentle Gandhism of Deepali’s father, an idealistic and impoverished doctor, but closer to the radicalism of her revolutionary uncle, who was hanged by the British. As WWII unfolds the novel takes us in turn to the girl’s communist study circle and underground activities, the gossip and caste dynamics between Indian Christian groups, the smug habits of old India hands and their wives, the progressive politics and class snobbishness of modern women like Uma Roy, the attractive thoughtfulness of Comrade Rehan Ahmed.

This is clearly an expansive novel, whose vision exceeds that of the nation—be it India, Pakistan, or Bangladesh. It is a vision deeply aware of the many layers and aspects that make up a culture and society at a particular historical time—only to scatter, alter, and reassemble in a different configuration when times change.

As in Hyder’s other novels, love and politics get entangled and complicate things—this is after all the first generation of girls who may (or may not) say no to an arranged marriage, but what are the alternatives? Will Deepali and Rehan have a Hindu-Muslim Communist “party marriage” or will Rehan marry his cousin and earlier betrothed Jehanara? Will Deepali become a professional singer, and even more spectacularly will Jehanara’s poor but talented friend Yasmin Majid become an internationally famous dancer? But it’s not just the War that scatters their lives like leaves, it is also Partition in 1947 that severs East and West Bengal. Rehan resurfaces as a politician travelling between West and East Pakistan, while Nawab Qamrul Zaman, Jehanara’s father, looks on sadly as Romesh Babu and Deepali leave for Calcutta as refugees. Reverend Banerjee and his wife remain in East Bengal, neglected by Rosie who has married a successful Hindu businessman and moves among the smart set in Delhi.

This is clearly an expansive novel, whose vision exceeds that of the nation—be it India, Pakistan, or Bangladesh. It is a vision deeply aware of the many layers and aspects that make up a culture and society at a particular historical time—only to scatter, alter, and reassemble in a different configuration when times change. So while the novel is written in Urdu, it speaks of people whose lives are lived in a combination of Bengali, Urdu and English—Deepali, Rosie, and Jehanara speak English and Bengali to each other, while Nawab Nurul Zaman Chaudhuri is fond of Urdu, after Persian the language of culture in north India, and his wife Lady Chowdhury “wrote articles in Urdu which were published in the Muslim women’s powerful feminist Urdu press”. Two chapters, Monsoon Melody and Song of the Seasons, break the narrative flow to celebrate the many poetic traditions that sing of the monsoon and love. Be it poems by the fourteenth-century Indo-Persian poet Amir Khusro or songs by the late Mughal emperor Muhammad Shah or by Bengali Hindu and Muslim devotional poets, or be it the popular genre of the Twelve Months or barahmasa, they all share a common understanding of how the seasons interact with emotions. “Chandi Das’s Radha. Ram Prasad’s Kali. Dargahi Faqir’s Allah.” This is the complex cultural and aesthetic fabric that English-educated Deepali Sarkar and Urdu-educated Yasmin Majid, both living in Dhaka, can recognize and use to express their own individual modern sensibilities. 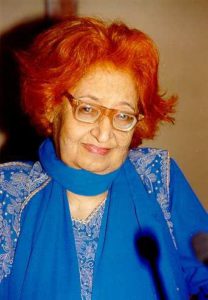 Yet, unlike other Urdu and Hindi novels that talk about this history, Fireflies in the Mist prefigures later novels like Amitav Ghosh’s Opium trilogy in showing not only the histories of Bengali Hindu, Muslim and even Christian middle class and elite individual and families, but also their entanglement with British lives. In one chapter, “Charles Barrow, Bengal civilian” reads an old book, The Lays of Ind by Aliph Cheem, a collection of Anglo-Indian satirical verses (i.e. by the British in India), musing over a glass of whiskey on the history of his family and the family photographs on the mantelpiece—the men were all Indian Civil Service officers, military men, and amateur scholars, the women missionaries in the hills. Deepali catches a glimpse of Charles Barlow on the first-class deck of a steamer leaving Dhaka in 1947—but he does not return to England and moves to Australia to become a sheep farmer. Decades later in the 1970s, on a flight to India, Deepali meets his grandson, a white yogi, and tells him of her chance meeting with Charles Barlow in Australia, how was as happy “as though he had met a long-lost relative. He had got my uncle arrested for the gallows, and during the Indian struggle for freedom I was on his blacklist. But somehow we had no bitterness when we met. Now he is so lonely. Old and forsaken.”

An English self-translation of an Urdu novel written by an Urdu writer who lived both in Pakistan and India, published in Urdu in Bombay, Aligarh, and Lahore and in English in Delhi and New York, Fireflies in the Mist looks back at the layered multilingual culture of Bengal and forward to the fates of the bright youth of East Bengal on the eve of Independence and after. It is a gripping and exquisite read. So why is it not better known? Is it perhaps that its location is too complex, its layering too rich, or that it was written too early, before the current expansive and entangled stories of empire? But if we see world literature as an invitation to explore, not a list to tick off or a map to survey, then few reads are as enticing and rewarding as this.

About the Author: Francesca Orsini

Principal Investigator of the MULOSIGE project, and leader of the North India case study. She is Professor of Hindi and South Asian Literature. Her research interests range from modern and contemporary Hindi literature to the multilingual history of literature in early modern North India.