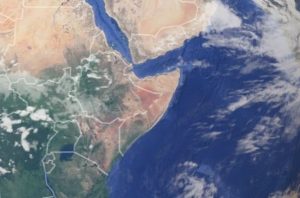 In the medieval period, the Christian and Muslim parts of the Horn of Africa were well connected with centres of religious learning in the Eastern Mediterranean and Middle East, with a vast network of exchanges and translations between Geez, Arabic, Greek, Coptic, and Syriac. For the highland-based Abyssinian Empire, this was followed by a period of relative international isolation during the Age of the Princes (the Zämänä Mäsafənt, 1769-1855). Mission stations set up by various European denominations in the 19th century coincided with a rapid increase in the volume of Tigrinya- and Oromo-language production, while in the imperial court Amharic gradually replaced Geez as the official language of the state.

From the beginning of the twentieth century Amharic saw a boom in fictional and non-fictional production, mostly linked to new state schools, newspapers, and publishing houses. Authors such as Afäwärḳ Gäbrä-Iyyäsus (1868-1947), Həruy Wäldä-Səlasse (1878-1938), the two pioneers of the Amharic novels, and Täklä-Hawaryat Täklä-Maryam (1884-1977), who wrote the first Amharic play, contributed to the rapid growth of Amharic literature in the first decades of the century. The short-lived Italian colonial presence (1936-1941) did not significantly impact Amharic literary forms, styles and aesthetic values. Starting from the 1941 liberation, policies of cultural assimilationism reinforced the marginalisation of Ethiopian languages other than Amharic, such as Tigrinya and Oromo. International scholars have tended to reinforce the power relation between Amharic as the cultural centre of the region and “peripheral” literatures—thus allying themselves with the dominant language (e.g. for Albert Gérard “no imaginative literature seems to have been produced in any of the non-Amharic vernaculars of Ethiopia” so that “the phrase Amharic literature can legitimately be used nowadays as a synonym for Ethiopian literature”). 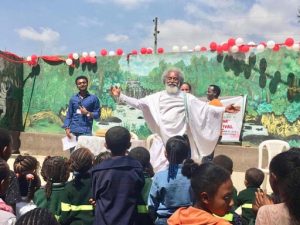 Although the issue of orality is perceived to be central to the literary and cultural heritage of the Horn of Africa, there is a general lack of comparative studies between the oral and the written and their interactions. In Ethiopia, the study of oral traditions has been undertaken as part of “Ethiopian folklore” in a predominantly synchronic and localised fashion, i.e. aimed at collecting and analysing the content of oral literary forms in a specific area at the time of fieldwork.

The project will focus on oral genres such as praise poetry, as well as on the “wax and gold” poetic tradition (sämmənna wärḳ). In the context of twentieth-century Amharic literature, it will look at theatre (Mäkonnən Əndalkačäw, Käbbädä Mikael, Mängəstu Lämma and Ṣägaye Gäbrä-Mädhən) and the novelistic tradition (Haddis Alämayähu, Gərmaččäw Täklä-Hawaryat and Daňňaččäw Wärḳu), their relative social spaces, and their relationship with traditions of orature. Ultimately, our comparative focus on orature and written genres will show how the “local” in the Horn of Africa is layered and structured along networks of linguistic, cultural and political power relations.

Orature plays a determinant role in literary expression around the world, but unwritten verbal arts have been explicitly excluded from definitions of world literature. Watch the recording from the roundtable on Contemporary Oral African Traditions to learn more about orature's place in world literature.