Tayseer Abu Odeh is a writer and translator from Jordan. He recently received his PhD degree in English Literature and Criticism from Indiana University of Pennsylvania. His research interests include Orientalism, Late Style, Comparative Literature, Exile, Identity Politics and Islamic modernism. Abu Odeh’s most recent research papers are “The Pleasures and Pitfalls of Exile and Counterpoint in Farah’s Maps”, and “The Intellectual Resistance of Yusuf Al-Ani”. 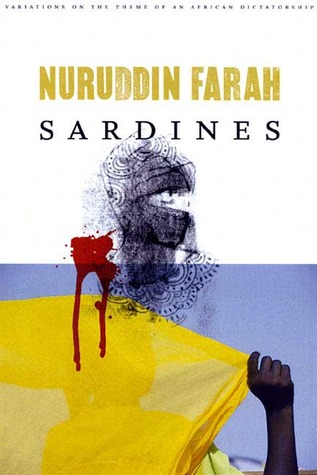 Few in the Arab world are familiar with the work of the Somalian novelist, Nuruddin Farah. The reason for this is threefold. Firstly, the cultural and educational scene in the Arab world is highly institutionalized and politicized and Farah’s entire literary project is emblematic of anti-colonial and oppositional ideas (Farah’s works tend to demystify the absolute authority of the General in Somalia as a real hegemonic figure, and as a metaphor for local oppression).  Secondly, the breadth and depth of Nuruddin Farah’s radical literary project challenges all forms of totalitarianism and dogmas, and thirdly, the emphasis on the Western literary canon at English Departments in the Arab world means that Farah is often sidelined.

Nevertheless, Farah’s literary oeuvre has been globally recognized by Western academic and non-academic audiences. On the cover page of Farah’s Sardines (1993), Farah’s literary friend, Chinua Achebe writes: In this trilogy Nuruddin Farah takes us deep in territory he has charted and mapped and made uniquely his own… [He] excels in giving voice to tragedy in remote places of the world that speak directly and familiarly to our own hearts.” Giving a female voice to the Somali tragedy is an intrinsic thematic and cultural feature that is worth scrutinizing in Sardines. Farah’s Sardines centers around the contrapuntal translation of cultural difference, otherness, feminist activism, and suffering in Somalia and elsewhere, where the multilingual counterpoint proliferates endless narratives of history, power, and the truth that can be examined and put into question vis- a-vis the traditional Somalia and the modern one.

The term ‘contrapuntal reading’, first theorised by Edward Said refers to a musical term which addresses “two contradictory themes and voices playing at the same time and creating a harmonious melody.” However, for Said, this counterpoint is a dynamic site of sociohistorical and literary humanism that transgresses the oriental and cultural interplay between multiple local and global voices, identities, texts, and civilizations. As such, the ongoing process of cultural and linguistic intersection and conversation between east and west, the local and the global should be situated within a humanist and secular context that promotes empathy, cultural understanding, and justice in lieu of hostility and clash of civilizations. For example, Said’s being a New Yorker and a Palestinian intellectual living in exile is a contrapuntal existential and intellectual condition that cannot be resolved nor reduced to a one-sided aspect of identity: his perpetual battle against orientalism, cultural and historical stereotypes, and chauvinism cannot be reconciled. In other words, counterpoint can be interpreted as an aesthetic tool for understanding cultural otherness, comparing and examining the complex relationship between the metropolitan culture, the peripheral, the mundane and the local. Needless to say, counterpoint is oppositional by nature. Drawing on Saidian counterpoint, the intellectual is obliged to read the simultaneity of multiple voices and identities not univocally, but contrapuntally.

In Farah’s Sardines, Medina, the protagonist, is a contrapuntal intellectual whose secular activism and radical voice can be seen as a form of multilingual and humanist opposition against the Somali regime, the dogmatic state of Islamic fundamentalism, and all forms of dogmatic hegemonies. Here, counterpoint is present in “the simultaneity of voices,” in the novel. It suggests a polyphonic and dialogic approach of secular reading and criticism, where power, colonial oppression, and confining patterns of nationalism perpetuate a multilingual discourse of domination, manipulation, and resistance, where the center ties to the periphery, but the latter is not confined by the former. In this respect, the novel can be read as a contrapuntal representation of Somalia’s local tyrannical regimes, feminist resistance, and struggle for justice and freedom, alongside the incomplete African project of sociopolitical and cultural transitions that have impacted the Somalian subjective and collective consciousness. More importantly, Sardines is the central novel in Farah’s trilogy, which includes Sweet and Sour Milk and Close Sesame. Sardines depicts the contradictions and contrapuntal variations on Somalian masculine and postcolonial tyranny.

Farah attempts to examine the ways in which his female characters form a multilingual discourse of feminist and humanist emancipation, opposition, and rebellion through a dynamic interplay between Medina, the secular activist intellectual, and Sagal, a passive parochial character whose narrow-mindedness stands for the dominant Somali philistinism. As problematized by Farah, the process of victimization functions in a very contagious way. Medina’s husband Samater – who was abused and blackmailed by his mother, Idil – later becomes easily  coopted and blackmailed by the General. Yet, Somalia, as reimagined in Sardines, is not a mere African Muslim country that has been reduced to civil wars, death, famine, violence, and local dictatorship. The protagonist, Medina, offers a different perspective; functioning  as an allegory of modern Somalia that keeps pursuing a better future. This emphasizes that Somalia is a country that does exist on the geopolitical map of the world. In a similar vein, Idil signifies “continuity and the discontinuity of cultures.” Sardines destabilizes the way in which such a multilingual community constitutes a nomadic family that has no roots, a house obscured by “familial contradictions, and genealogical connections as multinational as a constellation of stars.” The entire story centers around multilingual counterpoint, where history, the truth, and allegory function as a hyperreal theatrical arena of representation and resistance.

In the epilogue of Sardines, Farah writes : “Medina spoke in her usual language in the dark; Idil in the General; the personal in the political? For Idil is but a symbol; the General is but a metaphor; etcetera, etcetera”. Therefore, the multilingual counterpoint, as orchestrated in Sardines, is aligned with the fluidity of totalitarian oppression that operates within the colonial paradigm of Somalia, and the structure of feelings that sustains the local dictatorship. Based on the ontological interpretation of Walter Benjamin’s notion of the allegory, the very multilingual allegorical form used by Farah, I believe, connotes a form of anticolonial representation: Medina plays the role of an intellectual maestro whose moral principles speak truth to power. Medina foregrounds a secular and humanist sociopolitical stance; she thinks and writes against the grain. Unlike her conformist friend, Sandra, who has been commissioned by the General to fake the truth and circulate hypocrite information and facts, Medina maintains a staunch resilient stance against the General. The way Medina envisions her writing style makes her intellectual stance a true radical and oppositional. For her, “Good writing is like a bomb: it explodes in the face of the reader.”

Interestingly, Atta, an American representative of modern imperialism, has a contrapuntal conversation with Medina. This conversation examines the way in which memory functions as a form of exile and counterpoint. It also advocates an amalgam of cultural empathy, solidarity, and hope. The secular multilingualism and contrapuntal humanism embedded within Sardines  the subjective and collective memory alive: memory is an ethical act of solidarity and exilic consciousness that conducts a dynamic multilingual counterpoint among different nations: Somalia, Italy, Ethiopia, America and elsewhere.  For instance, In Sardines, the conversation between Medina and Atta reaches a climax when they address the ways in which dominated cultures and dominant ones interact and operate in terms of suffering, memory, and resistance. . Medina says:

“Yes Remembers,” Atta said.“One remembers what one has forgotten”.

In Sardines, Farah reanimates the benign power of transforming trauma and suffering into an optimistic intellectual catalyst subjectively and collectively. As far as the intellectual agency of Medina is concerned, the process of remembering and forgetting is either a contrapuntal act of documenting history or falling into a kind of political amnesia.