What is postcolonial philology?

S. Shankar’s most recent book is the just-published novel Ghost in the Tamarind. A novelist, cultural critic and translator, he is Professor of English at the University of Hawai`i at Mānoa. His scholarly areas of interest are postcolonial literature (especially of Africa and South Asia), literature of immigration, film, and translation studies. His most recent scholarly books are the co-edited volume Caste and Life Narratives and the monograph Flesh and Fish Blood: Postcolonialism, Translation, and the Vernacular. Shankar is also a translator from Tamil, including of the full-length Tamil play Water! by Komal Swaminathan. He blogs regularly on his website sshankar.net.

Postcolonial philology[i] is the name I give to a critical practice. It is what I call the mode of tracing within the context of the modern colonial encounter and its aftermath the movement of words through texts and, more broadly, discourse in general. In the 2017 essay “The Languages of Love: An Essay on Translation and Affect” postcolonial philology allows me to explore a cluster of words to do with love in several languages to reveal commensurabilites and incommensurabilities with regard to affective experience across cultures. In the 2016 essay “Literatures of the World: An Inquiry” it is the critical mode through which I explore the vicissitudes of the literary in the twentieth-century colonial and postcolonial Tamil cultural sphere. And, most directly, postcolonial philology is itself one of the main subjects of the 2016 blog “Pariah and Pundit: Postcolonial Philology and the Caste History of English Words.” My thoughts regarding postcolonial philology have accrued gradually as I have done the research represented in these recent works. 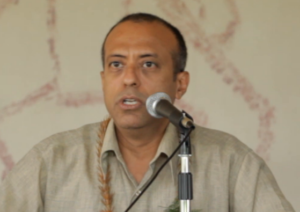 Over time, philology as a word has functioned in multiple ways—sometimes taken to indicate simply the study of language (now replaced by linguistics); and at other times a virtual synonym for literary study. Suman Gupta notes that “philology in the broad sense” is “humanistic knowledge formation” (11); he sensibly regards close reading as “grounded in philological scholarship” (13). Typically, philology represents a humanistic approach to texts based on a vigorous appreciation for the historical and social force of language. It has been an important way of interpreting not just modern texts but also the ancient. Staking out a contemporary position in favor of philology, Timothy Brennan avers that it “stands for the labor of learning instead of the rhetorical lure of the latest market pose” (78). Now and in the past, philology carries and has carried about it an air of rigor, sometimes to the point of scholasticism.

Despite its scholastic associations, philology has a track record in historically robust thought. Indeed, Gramsci’s commitment to philology within a Marxist context is well known. References to philology are scattered throughout the Prison Notebooks. He wrote: “The experience on which the philosophy of praxis [Marxism] is based cannot be schematized; it is history in all its infinite variety and multiplicity, whose study can give rise to ‘philology’ as a method of scholarship for ascertaining particular facts and to philosophy understood as a general methodology of history” (428). Following Gramsci, then, philology may be regarded as a manner of engaging the written record—and, indeed, discourse as such—in the pursuit of particular facts within a broad context that gives language in its historical and social dimensions special importance.

Edward Said, whose contribution to the emergence and growth of postcolonial studies needs no review, was appreciative of philology, recommending a “return” to it in his last (posthumously) published book Humanism and Democratic Criticism. By the philological he meant, “a detailed, patient scrutiny of and a lifelong attentiveness to the words and rhetorics by which language is used by human beings who exist in history: hence the word ‘secular,’ as I use it, as well as the word ‘worldliness.’ Both of these notions allow us to take account not of eternally stable or supernaturally informed values, but rather of the changing bases for humanistic praxis regarding values and human life…” (61). For Said, “worldliness” and “secularism” were lodestars for critical thought. Surely, then, it is significant that he links philology to them so intimately.

If colonialism and its aftermath essentially involve encounters (most often violent) between cultures, postcolonial philology is a way to scrutinize textual and discursive details in the pursuit of an understanding of the history of these encounters

Thug, a word that I have written about in several pieces, might be used to provide a brief illustration.[ii] As I and others have noted, thug is an English word borrowed in the 1830s from Hindi (or Hindustani) as the British were completing their conquest of India. Because of war and social dislocation, murderous criminal groups were at that time widely prevalent in parts of central, western, and northern India. In Hindi, thug simply meant a deceiver or someone who hoodwinks you. However, in the usage of Orientalist British administrators who were convinced of the essential viciousness of India, the borrowed word soon came to indicate demonic and bloodthirsty Kali worshippers belonging to a secret and ancient cult. As the nineteenth century wore on and the British consolidated their control, the specific associations with human sacrifice and demonic worship mostly disappeared and the word was left to mean what it mainly does now—“a cutthroat, ruffian, rough” (OED Online).

Postcolonial philology is the mode through which we might excavate—that is, peel away—the layers of meaning that come to be accreted around thug over nearly two centuries of English usage. Beginning with such contemporary occurrences as in gangsta rap (“the thug life”) and criminological discourse (“soccer thugs”), we might track the word through the life writing, novels, movies and other cultural texts—not only in English but also, for example, in the Italian novels of Emilio Salgari[iii]—that gave shape to the word throughout the nineteenth and twentieth centuries. We might thus pursue it all the way back to the legal testimonies, court documents, purported confessions and administrative manuals of the first half of the nineteenth century, when the word moved from Hindi into English. Rather than an arid academic exercise in etymology and language use, a postcolonial philological exploration of thug in a Gramscian and Saidian mode would illuminate the complex discursive maneuvers of colonial and postcolonial texts around issues of cultural difference, criminality, and law-and-order. Such a postcolonial philology would show how these issues were shaped within as well as came to shape the colonial contact zone—and it would, in an equally significant way, reveal the historical continuities around these issues between the past and the present. Postcolonial philology, then, is a critical mode through which we might function as enterprising archaeologists of colonial and postcolonial discourse.

Needless to say, such an exercise is infinitely repeatable—not just with regard to words that move from Hindi or some other Indian language to English but also vice versa; not just with regard to English but also other European languages (for example, French); and not just with regard to India but also other parts of the world that have felt the effect of colonialism.  An especially interesting postcolonial philological exercise might be to track the movement of words between two Indian languages or two non-European languages under colonial conditions (to track, for example, the encounter between Tamil and Malay in British Malaya). History, as Gramsci notes, is infinitely variable, and there is no need to think that modern colonialism and its aftermath are anomalous in this regard. Within this infinite variety, postcolonial philology provides a way to recognize some of the shapes of history.

[i] Cynthia Franklin and Jesse Knutson read this short piece at short notice and made encouraging and useful suggestions—my thanks to them.

[ii] See the monograph Textual Traffic, the essay “Thugs and Bandits” and the blog “Colonialism, Nationalism, and Thugs.”

[iii] I owe this reference to Francesca Orsini. Saligari wrote about Thugs in the novels The Mystery of the Black Jungle (1887) and Sandokan: The Two Tigers (1904), among other texts.