Fatima Burney looks back at our roundtable discussion with Professor Aamir Mufti and explores the consequences of his latest book, Forget English! Orientalisms and World Literatures, for the MULOSIGE project

As we move into the new academic year, MULOSIGE has been thinking back to last year’s events and how those discussions are shaping next year’s agenda. Our roundtable with Aamir Mufti (UCLA) on 8 February 2017 about his latest book Forget English! Orientalisms and World Literatures is worth recapping. (For those of you who have yet to read it, please look to the ‘further reading’ section, at the bottom of this page, for more information on where you can find a copy.) Though its title reads as an imperative, Mufti’s latest book, Forget English! doesn’t advocate such an action. Instead, the title seems to ventriloquize the state of current global language-hierarchies in which English is often so pervasive that its very presence can go unnoticed. Forget English! seeks to capture and expose the many kinds of ‘invisibility’ that such dominance produces. MULOSIGE hosted a roundtable discussion featuring Aamir Mufti in conversation with Francesca Orsini (SOAS), Florian Mussgnug (UCL), and Galin Tihanov (QMUL) to discuss this book and its very timely entry in the current political climate. 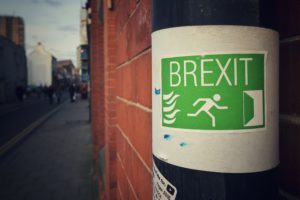 A particular sense of Brexit humour (Paul Lloyd via Flickr)

As Florian Mussgnung’s comments to the book brought to the fore, Forget English! arrives and circulates amidst a distinct rise in nationalist and nativist politics. While ‘Brexit’ and the election of Donald Trump are two landmark events that highlight such a phenomenon in the trans-Atlantic Anglophone sphere, the recent electoral victory of the Bharatiya Janata Party in India and the referendum victory of President Tayyip Ergogan in Turkey suggest that this phenomenon has a more global character. Mussgnung offered some statistical data that gives cause to wonder how such nationalist, and often xenophobic, trends may be related to the steady, downward trend in higher education language program enrollments and the synchronic rise in international tuition fees.[1] In other words, how does the declining currency of literary studies and particularly, language study, figure in the current political climate and how do contemporary discussions about World Literature reflect this state of affairs?

We may argue that these electoral events do not simply punctuate a general divestment from language and literary education but appear as the crystallized moments of a wider, de-humanized intellectual climate.[2] Forget English! offers the long view of this history of language instruction by tracing its shifting periods and paradigms. Most notably, Mufti’s research excavates the influence of Orientalist scholarship on the formation of World Literature as a discourse, and the many institutional forms it has taken. The study invariably deconstructs any rose-tinted, utopic visions that ‘one-world’ thinking may imagine by shedding light on the concurrent patterns of exclusion and expulsion that the framework of the nation-state, according to which world literature is routinely conceived, entails. Mufti reiterated this point in our discussion by highlighting how ‘world literature’ is itself part of the broader “border regime,” that enforces the mobility and immobility of literatures and peoples. In this vein, we should note that the professionalization of literary research has also, undoubtedly, consolidated English as the language of efficient and effective academic scholarship. Let us consider, for example, whether the ease with which many of us in academia experience English reveals the expanding range of our profession or betrays its hardening boundaries of inclusion.

The hyper-mobility of ‘English’ is often recognizable by its prevalence as the mediating language of global commerce and international legal and/or political procedure. When evaluating the transparency of ‘English,’ the Anglophone novel is also a particularly important sight of reevaluation. Mufti’s research reminds us how the ‘Anglophone novel,’ which we may fairly crown as the ‘genre’ par excellence of ‘world literature,’ has become hyper-mobile. It is, after all, so often the literary medium through which an image of the “World” – comprised as a collection of national and diasporic narratives – is read. Although the Anglophone novel is often treated as a genre through which ‘Tunisian,’ ‘Pakistani’ and ‘Indian’ realities can be examined, the history of such a reading is both rooted in Eurocentric models of literary exchange (that privilege the novel) and continues to obscure the real range of World Literature. If we are to understand the privileged place of the Anglophone novel in accounts of World Literature, our attention must be directed not simply to the language in which it circulates but also the formal, rhetorical, and aesthetic features of the novel. In what ways is the novel’s preeminence implicated or paralleled in the very process by which English has become transparent? The translatability and, thus, marketability of the novel (particularly in comparison to poetry) comes to mind. It is not enough, then, to caution against the hegemony of English in World Literature; literary alterity must be imagined and remembered beyond, simply, linguistic difference.[3] 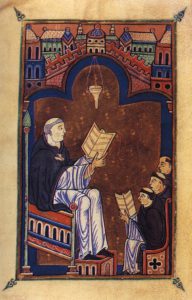 The MULOSIGE team was most interested to hear what kind of intervention Mufti’s historiography of World Literature can hope to instigate into contemporary practices of literary instruction. Francesca Orsini raised the question of whether the particular historical trajectory that this book traces doesn’t, in fact, recreate the very models of literary diffusion and ‘World’ history that Mufti means to critique – a systematized and invariably Eurocentric world. At MULOSIGE we hope to retrace and imagine ulterior ‘geographies’ of multilingual exchange and influence beyond the established paradigms of world literature. Though Mufti steered clear from offering any prescriptive advice to literary pedagogues, he did caution in his response that “vernacular is not a refuge” from Anglo-ascendancy. Neither, might we say, is the idea of a benevolent cosmopolitanism which already evokes the kind of privileged and celebrated movement that world literature has historically imagined. Mufti’s scholarship has routinely pointed to the position of homeless, exilic and minority voices as the proper counterpoint to both nativist celebrations of vernacular and, as his latest book makes clear, the omnipresence of English. In this regard, Mufti’s scholarship seems consciously modeled along the ethical horizon originally articulated by Hugh of Saint Victor, which both Eric Auerbach and Edward Said recontemplated in their own scholarship and which Mufti recited in our discussion:

“The man who finds his homeland sweet is still a tender beginner; he to whom every soil is as his native one is already strong; but he is perfect to whom the entire world is as a foreign land. The tender soul has fixed his love on one spot in the world; the strong man has extended his love to all places; the perfect man has extinguished his.”[4]

We might fairly recognize Hugh of Saint Victor’s ‘Perfect man’ in the many refugees for whom the world has become a ‘foreign land.’ What, if anything, does World Literature mean for these men and women? And what can the humanities, in general, and the study of language and literature in particular, offer in times of heightened xenophobia and nationalism? In an ocean of English, Mufti’s new book resembles the proverbial ‘message in a bottle.’

[1] Mussgnung offered some concrete details of this trajectory. He said: “The statistics in the report, based on HESA data, show that over four years (1998/9-2001/2) UK domiciled students taking languages at English universities fell by 15% at a time when overall student numbers in higher education were expanding … Until 2015, the decline of modern languages subjects in British Higher Education was almost entirely due to lower entrant numbers from the UK, arguably a result of a substantial increase in tuition fees over the same period. As the authors of the 2015 HEFCE report point out, this now makes ‘the subject particularly dependent on EU and overseas recruitment,’ and therefore … particularly vulnerable, in the current political climate.’”

[2] I am thinking back to a conference that the UCLA Comparative Literature Graduate Student Body organized in 2012 titled Inhumanities. Many thanks to Shir Alon, Alexei Nowak, Safoora Arbab, Helga Zambrano and the many conference participants that contributed to this exchange.

[3] Agha Shahid Ali’s two poems Beyond English and In Arabic stage the particular obstacles that writers of the ghazal tradition (and, perhaps, poetry more broadly) face in this particular literary moment. The title of Aamir Mufti’s book, Forget English!, plays with both titles.

A limited preview of the book is available via Google Books. Forget English! is available for purchase from all good retailers, including Amazon.

About the Author: Fatima Burney

Postdoctoral Researcher for MULOSIGE. She received her Ph.D. in Comparative Literature from the UCLA in 2017. Fatima’s doctoral dissertation compared Anglophone and Urdu literary romantic movements in the 18th and 19th century, particularly in their reception and representation of ghazal poetry.